Religion & Law examines the origins and developments of religious liberty in the United States from the colonial and founding periods to the present day. Attention is given to the historical and legal foundations that currently govern the relationship of religion and the state; that define “free exercise” protections for people of all religions and none; that set limitations on the state from “establishing” or privileging a religion; and provides a civic framework for people to self-govern one of the most religiously diverse societies in the world.

In AMST 201 Colonizing America, we will study the legal and religious foundations of religious freedom in colonial America, with special attention to (a) the Puritan “Bible State” of Massachusetts, as governed by John Winthrop; (b) the “lively experiment” of liberty of conscience in Roger William’s Rhode Island, the first known government to not establish an official state religion; (c) the “Holy experiment” of religious liberty in Pennsylvania, as chartered by William Penn; and (d) the “establishment of religious freedom” in Virginia, as advanced by Thomas Jefferson and James Madison. Students will break into one of four teams to “major” in one of the colonies, which will become the subject of the memo and Socratic Seminar; you will “minor” in other three colonies by completing the readings and engaging in the class discussions each week.

In AMST 202 Constituting America, students will study (a) the religious framing of the Declaration of Independence; (b) the U.S. Constitution and its “no religious test for office” clause; (c) the First Amendment, which dictated that “Congress shall make no law respecting an establishment of religion, or prohibiting the free exercise thereof”; and (d) the local movements to disestablish religions from state constitutions. Students will examine how the Bible was used by leaders to justify “separation of church and state” at the federal and state level and how interreligious conflicts resulted in “no aid to religion” laws in the states decades before the institutionalization of compulsory education.

In AMST 203 Reconstructing America, students will analyze how (a) the Civil War was seen as a religious event; (b) how confederates used the disestablishment principle in the American Civil War to argue against the religious motivations of abolitionists; and (c) how federal and state regulations of Mormons set the stage for what we know today as the foundations of law and religion in America. Special attention will be given to (d) the role the federal Indian schools had in hiring favored religious groups to convert indigenous children to Christianity; and (e) why the U.S. Supreme Court upheld twice the longstanding practice of limiting naturalization of immigrants to those who met the legal definition of “white.”

In AMST 204 Incorporating America, students will examine why in the 1940s the U.S. Supreme Court incorporated the religion clauses of the First Amendment to the states through the due process clause of the Fourteenth Amendment. In the 1960s, the U.S. Supreme Court furthered the incorporation doctrine in two ways: first, it ruled unconstitutional states that administered religious tests for office and states that mandated students enrolled in public schools to begin each morning reading ten verses of the Protestant version of the Bible and to recite the Protestant version of the Lord’s Prayer. Students will examine how these actions set the legal foundation for the major church/state battles of the late twentieth century, which, influenced the trend of “religious freedom” becoming a political wedge issue in the twenty-first century.

In AMST 205 Whose America?, the final unit, students will examine the overwhelming support of the federal Religious Freedom Restoration Act of 1993 (RFRA, pronounced riff-ra), which overturned the U.S. Supreme Court’s decision against native Americas who were denied unemployment benefits for using peyote in Employment Division v. Smith (1990). Students will study how RFRA became a controversial law at the federal and state levels in the context of three events: (a) the rise of anti-Sharia laws in the states; (b) the affirmation of the equal protection rights of same-sex couples to legally marry; and (c) the affirmation of corporations to exercise their religious beliefs when denying contraception coverage in employee health benefit packages. This unit will conclude with an examination of manifestations of “religious animosity” in two contemporary cases were issued within weeks of one another in June 2018: (1) the U.S. Supreme Court’s affirmation of a baker’s right not to be penalized for his religious views, which the state commissioners publicly criticized; and (2) the Court’s affirmation of the travel ban on citizens from seven countries, five of which are Muslim-majority countries, in spite of what the courts’ characterized as the President’s undisputed animosity toward Islam. Together, we will ask in Whose America is religious freedom preserved and for whom? We will conclude with a discussion of the future of religious liberty in a nation of religious minorities. We will discussion of how religious literacy and legal literacy may protect America through these growing pains and may support your future careers. 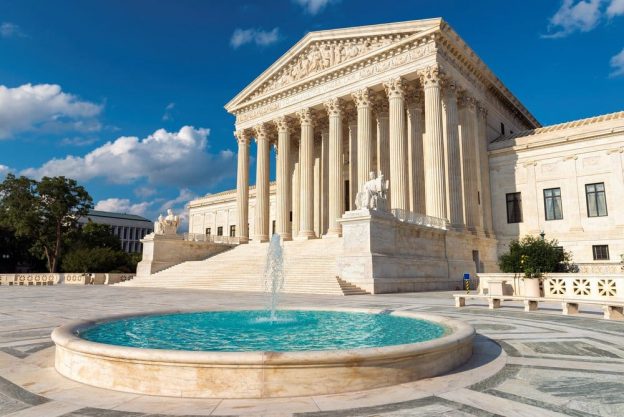